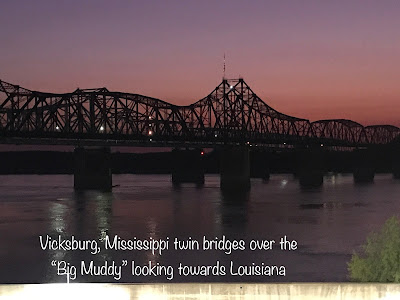 Two states left-Mississippi and Louisiana before we reach the Gulf of Mexico.  But these two states are challenging to navigate as the River Roads no longer parallel close to the river nor frequently use the green Pilot's Wheel to help find the road. 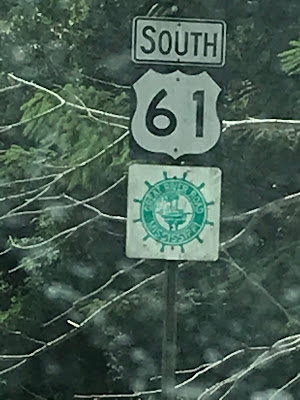 Crossing back into Mississippi from Arkansas started the miles and miles of cotton fields and the cradle of nearly every American musical style from gospel, blues, and jazz to country and rock n'roll.  We passed many a birthplace or gravesite of famous Southern blues singers including Charley Patton, Muddy Waters, Bessie Smith and W.C. Handy.  We attempted to find live music but most "juke joints" had very late hours. 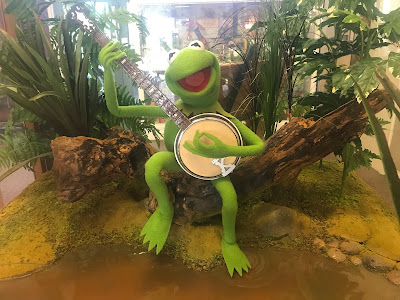 We did make one stop at a cute little museum-the boyhood home of Muppet-master Jim Henson.  The good-natured curator was a wealth of information about the collection that honored Henson, Kermit the Frog and his other creations. 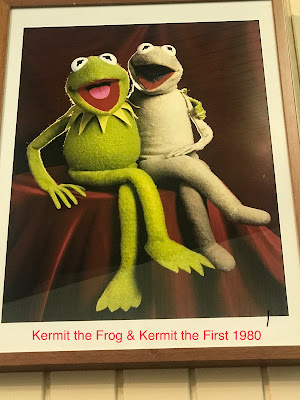 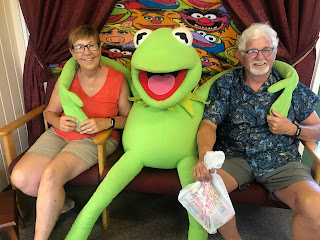 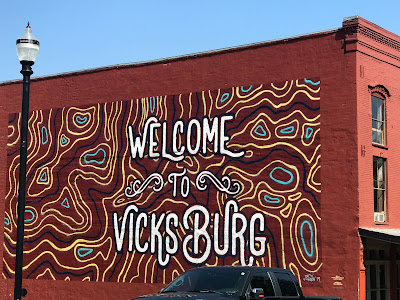 Vicksburg, MS was certainly worth a two-day stop to explore the many Civil War battlefields and try to get a better understanding how Vicksburg stubbornly opposed the Union thus becoming one of the longest siege in U.S military history-47 days before surrender.


One of our information books said "because the surrender occurred on July 4, 1863 until the end of World War II Independence Day in Vicksburg was celebrated only by African Americans". 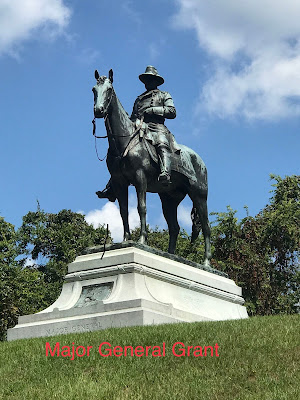 Along the roadway were over 1,300 monuments, statues and markers, many of which were placed by surviving veterans in the immediate years following the battles.  Red markers designated the Confederate defense lines and blue signs indicated the advancing Union assaults.  This really presented a good picture in our mind of the overwhelming battlefield and the thousands of lives lost.


Vicksburg was not all compelling history and we enjoyed the River Casino boats, creole gumbo, and the best Mint Julep ever made! 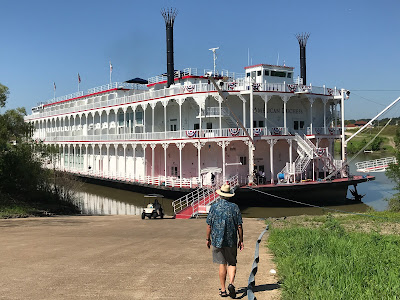 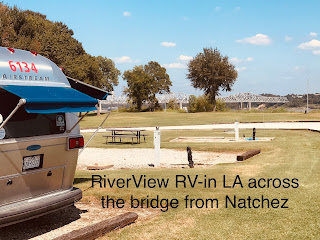 Natchez, just above the border with Louisiana, is the beginning of the beautiful antebellum plantations and homes.  Before the Civil War, Natchez had the most millionaires in the U.S. being owed to the slave-picked cotton plantations across the river in Louisiana lowlands. Oddly the plantation owners who were dependent on generations of slaves, opposed secession and sided with the Union. Why?  They realized that the Union and old Whig traditions offered the best route for protecting their economic interests.  We had very mixed emotions about visiting a Plantation home and were fortunate to find one that is part of the National Park Service.


We finally made our way into Louisiana.... 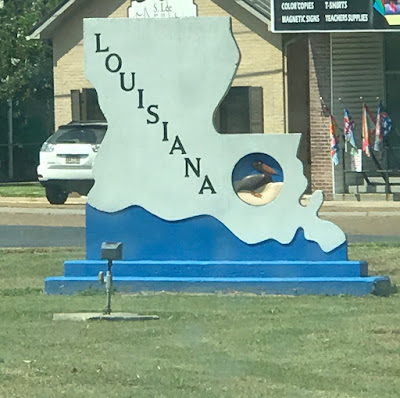 ...avoiding New Orleans as we've spent considerable time there before, choosing instead to stay at St. Bernard State Park on the Mississippi River.  It was still unbearably hot and humid so we focused on "windshield sightseeing". 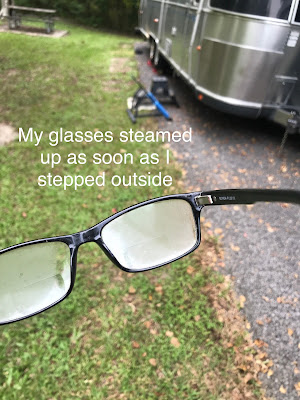 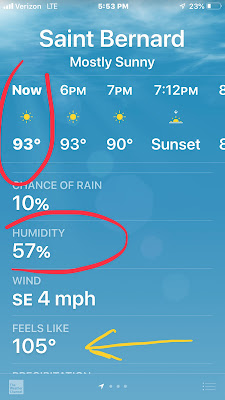 Our final destination on the Great River Road was Port Sulphur, a town of about 1,700 people dependent on refineries, coal, docking sites and producing above-average schools.  Post-Katrina, the homes and businesses are mostly built on stilts 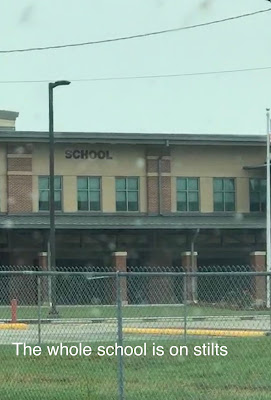 Our three weeks along the Great River Road was long, hot and at times difficult to navigate but full of interesting and new learning.  The contrasts from forests to swamps, shanties to mansions, main street USA to empty ruins of towns, canoes to riverboats to giant freighters was mixed with some of the best food, culture and music around.  Clearly our U.S. history has been greatly influenced by the mighty Mississippi. 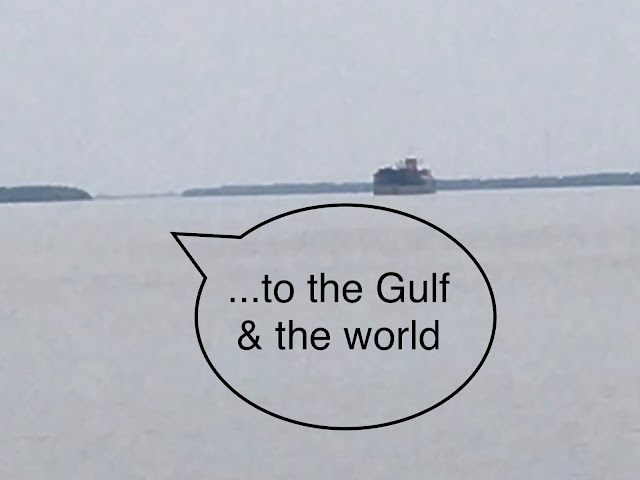 Posted by JacknKarensblog at 3:43 PM No comments:

Canoeing on the Arkansas Buffalo River 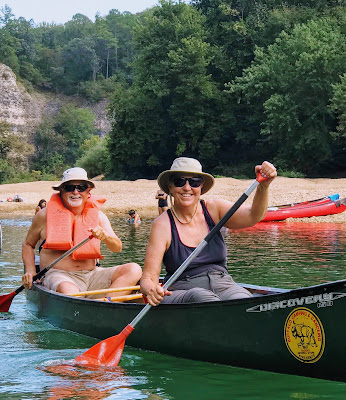 Arkansas-We decided to take a side trip into the Ozarks of northwest Arkansas an area of wilderness, mountains, caves, rivers and hot springs.  Our goal was the small, Ozark town of Leslie where Jack's father grew up and three generations of Cottons lived.  We took off from Memphis and the Great River Route across the "blue roads" of farmland and fruitstands. 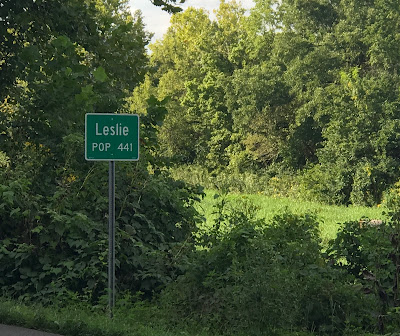 We found a campsite at Greer Ferry Lake, a reservoir that was created in the early 1960's.  Quirky campers strung long ropes of colored globe/bulb lights around their campsites or hung 5-gallon buckets illuminated with electric lights. It looked like a carnival midway!


Reading tourist brochures that described Leslie as a "quaint Ozark Mountain town - a treasure all its own" and "a restored town with old buildings that harkens back to a bygone era of Americana" we were expecting a cute, rustic town. Well, our raised expectations were, needless to say, crushed.  There were few businesses left and while there were homes on the National Register of Historic Places, most were run-down or vacant.

There are clearly some dedicated residents and community members who maintain the Ozark Heritage Arts Center (great building built in the 1930's and the only stage in the entire county) and several fine restaurants.  We went to a gospel music performance at the Arts Center and enjoyed a fantastic lunch at the SkyLark Cafe.

The sourdough bread and cookies from Serenity Farm Bread bakery, a wood-fired brick oven was delicious!
In the early 20's Leslie had two banks, two drug stores, a bakery, three barber shops, two backsmith shops, several eating places and a roller mill to crush corn and wheat into flour, meal or chops.  Farming was the chief occupation and the people were almost self-supporting.

Early in 1900's, Leslie was noted as producing 4,500 oak whiskey barrels a day, being the largest barrel producer in the world (or at least west of the Mississippi River).  The Missouri & North Arkansas Railroad built a stone depot in Leslie and the boom era was strong.  But these years were short-lived when the railroad relocated, fires destroyed the lumber company, decreased demand for barrels during prohibition and the Great Depression all contributed to a huge decline in population.  Jack's father left Leslie in 1928 at age 15 to join the Navy.  He must have seen the dismal future for his town.

The Buffalo River was the first National River to be designated in the United States.  The stream is 152 miles long and managed by the National Park Service.  We rented canoes at the Gilbert General Store, in the tiny berg of 28 people, one of the smallest municipalities in the nation.


Posted by JacknKarensblog at 8:57 PM No comments:


Just before cossing the border from Illinois into Kentucky we drove through the town of Cairo-(pronounced CARE-o).  This was the most strange town as it is an eerie "ghost town in the making".  Cairo, once a booming transportation crossroads of railroads and steamboat at the confluence of the Mississippi River and the Ohio River, is almost abandoned.  Block after block of crumbling buildings, boarded up windows or tumbling down residentail and commerical streets are evidence of a town that was heavily effected by economic downturns and racial tensions.  We were looking for diesel but we couldn't find a gas station or any other open business.  Very uncomfortable and no pictures.

The River Road goes briefly through Tennessee and even less through Kentucky.  We camped at the Columbus-Belmont State Park again right on the Mississippi River and seeped in Civil War history.  Kentucky is one of the states that bordered both the Union and the Confederacy and both sides knew this area was a strategic stronghold. The Confederates oddly used a huge chain across the Mississippi to bar war ships from traveling on the River. 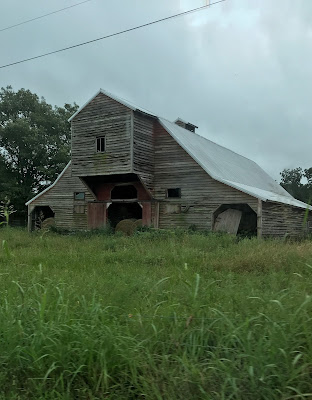 We added a little more sightseeing in Kentucky and spent a day in Paducah, 40 miles from Columbus at the confluence of the Tennessee and the Ohio rivers.  Here the Union and Ulysses S. Grant occupied the city in 1861.

We had a great visit to the National Quilt Museum an art museum that exhibits fiber art and quilting from around the world.  It's one of the world's top quilt displays.

A quick drive through Kentucky we crossed over into Tennesse and made the drive to Memphis.  We started with breakfast at the Arcade Restaurant, Memphis' oldest cafe and on the National Register of Historic Places. 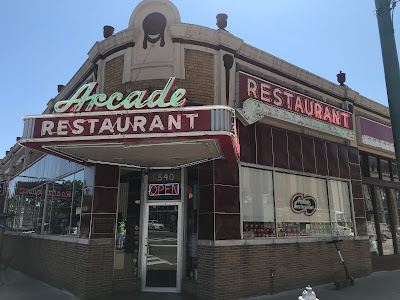 The National Civil Rights Museum covers five centuries of history-from the beginning of the resistance during slavery, through the Civil War and Reconstruction, the rise of Jim Crow, and the seminal events of the late 20th century.  The museum is attached to the Lorraine Hotel where Martin Luther King in spent his last few hours in room 306.  The room has a glass wall to see in. 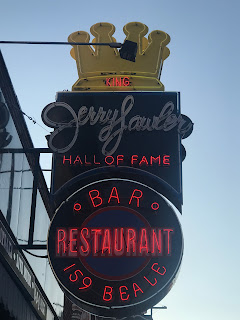 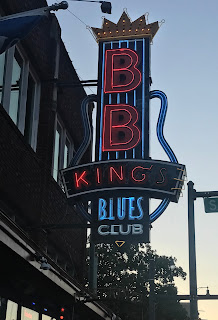 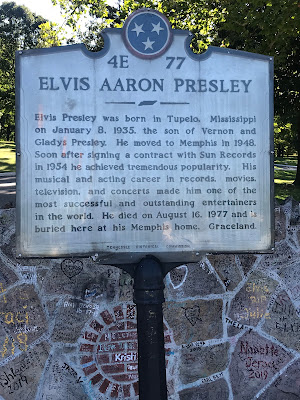 It's so easy to cross the Mississippi River on the big bridges that connect states and cities.  We camped at the Tom Sawyer Campground in West Memphis-it's in Arkansas and drove back and forth to Memphis, Tennessee. 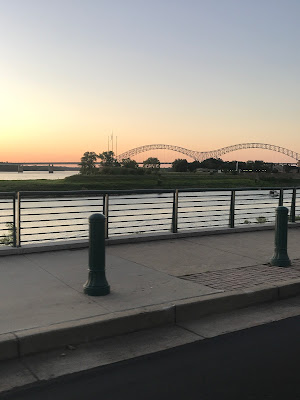 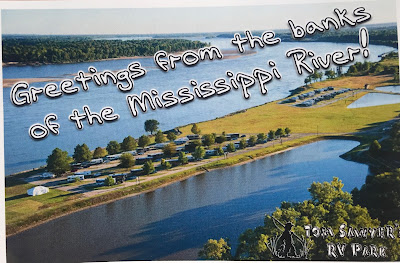 Posted by JacknKarensblog at 9:57 PM No comments: